Senator Arlen Specter represented the people of Pennsylvania from 1981 to 2011. He was the state’s longest-serving US Senator, with a remarkable career that placed him in the middle of some of the 20th century’s most important political events. From the Warren Commission , to the nomination of Supreme Court Justice Clarence Thomas, to his votes on the Affordable Care Act, Specter’s dedication to his civic duty resulted in a wealth of archival material with historical significance.

This website is an introduction to the Senator, his life, and some of the key moments and highlights of his career. It also serves as a gateway to the collection guide for the Arlen Specter Senatorial Papers, which are managed jointly by Thomas Jefferson University and the University of Pittsburgh Library System. The bulk of the archival material can be found at Pitt’s Archives & Special Collections in Pittsburgh, while the Arlen Specter Center in Philadelphia houses photographs and memorabilia and holds educational programs dedicated to furthering the Senator’s legacy.

Descriptive collection guides for all material in the Arlen Specter Senatorial Papers are available online. Furthermore, all of the speeches delivered by Senator Specter and the press releases issued by his office are digitized and searchable online. 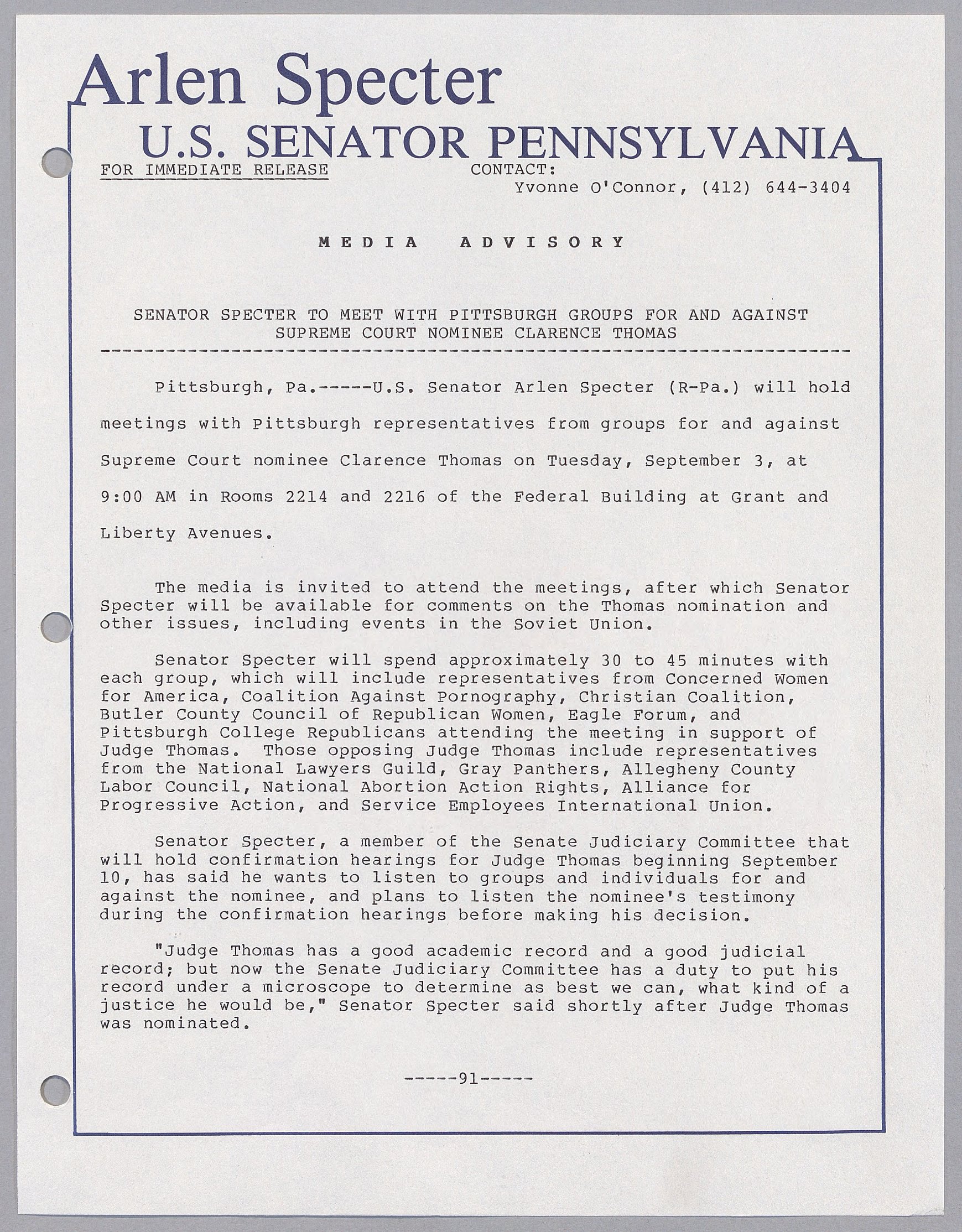